‘Well I suggest that’s what we do now.’ She nudged her horse past Sorrel and set off back the way they came. The elves looked at each other and Kintra felt a familiar tickle as something passed between them. Telepathy, she thought. She turned Sorrel to follow Petra, and the men silently fell in behind her. A quick glance back saw the elves mounting their pure white Larian steeds and following.

The rocky area was a mile back along the trail. It was fairly narrow but broke the ground for as far as they could see in each direction, the remains of an old road from when he Empire held the whole continent. They each dismounted giving the horses to Nial and Gad to hold while they looked for any sign of a hoof print.

‘What are you thinking?’ she whispered.

‘I agree, I think we all do. Those elves don’t help. They knew the Prince.’

Farron gave a small nod, suddenly interested in the floor. ‘Look.’ He bent down and picked up a short piece of gold chain. They moved a few stones hoping to find more, but there was nothing.

‘It could be anyone’s,’ Kintra said. ‘Although it’s thickness suggests it belongs to a man.’

‘Hmm.’ Farron seemed to be thinking.

‘I don’t know. Just something at the back of my mind I can’t pinpoint.’ He sighed and put the chain in his trouser pocket.

They carried on the search, but there was no sign of horses.

Zorbel was talking with Petra alone as they returned. When he saw them approaching, he gave her a nod and beckoned them over.

‘I presume you found nothing?’

Farron pulled the chain from his pocket. ‘Only this.’

Zorbel looked at it and gave it back. ‘We need to split up.’ He raised his voice so everyone could hear. ‘Farron and Janen, ride east along this strip for a day, and see what you find. Gad and Nial ride west. Florian and Selamia go back to the river and see if we missed anything. I will go with Petra back towards the stud. We meet here at this time tomorrow.’

‘We will visit the stud,’ Florian said. ‘And check if we missed anything there.’

‘Thanks, but we will probably end up there anyway,’ Petra smiled, insincerely.

‘We are supposed to be working together,’ Florian said, ‘No one was appointed as leader.’

Zorbel grunted as he mounted. ‘We work together often. We are all leaders in different situations, and we trust each other enough to know when to shut up and do a job.’ He adjusted the giant sword on his back, and this time Kintra knew the elves were angry. They each placed a hand on the pommel of their elven blades, and then the tingle of magic crossed between them again.

‘It seems a waste of time to revisit the river,’ Florian said. ‘We will split up also, one going with Farron and Janen and one with Gad and Nial.’

No! But she stayed silent. What excuse could she give? Farron unknowingly jumped to her aid.

‘You really want to come with us?’ he asked masking a smile, so everyone could see. ‘I hope you have something to stuff in your ears. Janen and I can be quite wild once night falls.’ She looked down, hiding her own grin. However, the elves were not perturbed, and her uneasiness grew as they set off, Florian right behind. 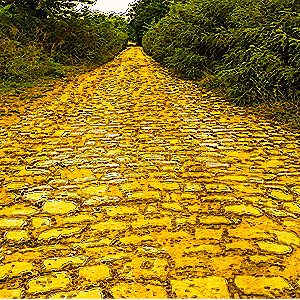 The rocky ground became a causeway of huge slabs of stone. They spent their time scouring the ground on either side, while Florian led his horse over the rocks.

‘The trouble with elves is you can’t tell what they are thinking. Did you pick anything up? You know, with your witchy skills?’ He nudged her gently and turned his big brown eyes to meet hers.

‘They were communicating telepathically. But I don’t have a clue what they were saying.’

He wrinkled his nose and frowned. ‘At least one elf is better than two.’

Night fell gradually and late. The air had turned breezy and the cool wind, which would have been refreshing in the day, brought goose bumps to her skin. They stopped at the side of the causeway and made a small fire. Florian sat to one side, while she snuggled close to Farron’s arm on the other, feeling his body heat through her thin shirt.

‘Pressing those against me will work every time,’ he said quietly.

‘I was enjoying this,’ she said pushing her weight against him. The firelight flickered over his smiling face.

‘At least let me eat. You are ferocious woman!’ She grinned and turned away, pulling her blanket from a saddle bag. A sudden image of herself, in a beautiful brocade gown, serene, pure as a saint came to mind. Her parents would despair at the woman she’d become. Helian too she thought. She wondered where he was now.

The blanket round her shoulders, she relaxed back against her bags and looked at the sky. The smell of rabbit on the spit, stuffed with wild thyme made her stomach growl. Farron knew how to cook!

Helian; had he toughened up like she had? She thought of their youth, two peacocks in a court full of peacocks, parading around each other, showing their might in riches. They would have ended up marrying. Erania only had three kingdoms, and Swallowmere was the smallest. She’d have become a pawn in the game of Kings, Helian too. As Helian’s wife she would probably have had one of two children by now. She shuddered at the thought and sat up. Enough of that!

Farron sectioned the cooked rabbit and lay it out on a rock. He waved Florian over to join them, while pulling the edge of her blanket around his own shoulders.

‘There’s no pleasing you,’ he said.

‘But you can keep trying.’

That night she slept, warm, safe and satisfied in Farron’s arms.

It wasn’t quite dawn when Farron nudged her gently awake.

‘Janen,’ he whispered urgently, ‘Wake up.’

She stretched and cast a lazy arm around his neck.

‘Not that,’ he said. She opened her eyes in surprise. ‘The chain I found. I know where I saw one just like it.’

‘Around the Prince’s neck.’

She thought back, trying to bring detail to light. Yes, there was a chain, quite short, curved around the base of his neck. ‘I remember a chain, but I wouldn’t know if it was the same, other than the colour.’

‘It was.’ Farron threw back the blankets letting in the cold. She shivered and dragged them back. ‘Get up, we have to go.’

‘Ok, Ok.’ She fumbled for her clothes in the dark, putting them on under the covers. ‘What about Florian?’

‘I will deal with him now.’ Farron grabbed his sword and walked silently, barefoot to the dark shape of the elf. As quiet as possible she slid her bow from the pack, and deftly notched an arrow. A blackbird suddenly flew from a nearby tree, calling its warning, and making her jump. It woke the elf just as Farron reached him. He sprang to his feet a short knife flashing in his hand. She rose too, her arrow trained on Florian’s breast. She had no idea why they were attacking him, but it felt good. For a moment they all froze.

‘What are you doing?’ Florian asked.

‘Sit down and drop the knife,’ Farron warned, his blade positioned over his forearm, tip pointing at the elf’s throat.

‘No.’ He was confident, Kintra thought. Too confident. He glanced over to her before quickly looking back at Farron. Her bow didn’t waver, but her senses were on high alert for noises or movement. The soft prickle of magic slithered across her skin.

‘Farron!’ Her warning was too late. His arm spasmed and the sword fell to the floor. She loosed the arrow, striking Florian in the shoulder, and then she too felt her arms spasm and go numb. Her bow clattered off rocks, and her legs gave way. She turned her head. The top of the sun was just visible to the east, illuminating their campsite with golden light. The sorceress stood at its edge; a simple wand held in her hand. At her side, a man shaped heap slumped to the floor.

‘That is enough.’ Her voice was not loud, but it travelled as if she was standing at Kintra’s ear. She walked gracefully towards them, the shape crawling at her feet. As the sun’s light grew brighter, Kintra realised the shape was on a chain.

Farron was staring at the sorceress, as if his eyes couldn’t leave her, Florian too. Bewitched, she thought. She still couldn’t move her arms. Her legs were beginning to tingle, however. She moved one and the sorceress turned towards her, slowly advancing.

Shit, shit, shit. What now? Her heart beat wildly in her chest. Sorrel softly nickered behind her. Everything slowed.

Kintra felt it rising up her legs and pooling in her belly. Coming from the earth, a power so raw it hurt. It coursed through her like liquid fire, awakening her limbs, singing in her blood. She quaked, even while she roared. A flash of fire shot from her, scorching the earth and bursting up below the sorceress like a geyser. The sorceress screamed as flames took her. The spell broke with a crash and Kintra fell sideways, unconscious before her head hit the ground.

‘Kintra.’ Her head swam. Her head hurt! ‘Kintra.’ The voice whispered by her ear. She was dreaming. Someone else spoke, further away and a soft, cool cloth was placed across her forehead. She tried to open her eyes. All was hazy, colours swimming, trying to merge but failing. Her whole body came into sharp focus and she heaved. Someone pushed her onto her side.

‘Get water,’ a voice shouted. The nausea subsided and she allowed herself to be turned onto her back again. Not that she had anything left inside her to say no. Then a hand gently lifted her neck and a cup was placed at her lips. She desperately wanted to drink, but her body wouldn’t obey her. Water was tipped into her mouth, a thin rivulet that found its way to the back of her throat, where her reflexes took over, and she swallowed. Then it happened again, and again. Her head was gently placed back down on something soft, and a blanket wrapped around her. The voices twittered like a hedgerow of sparrows. None of them made sense. Except the one that whispered in her ear. 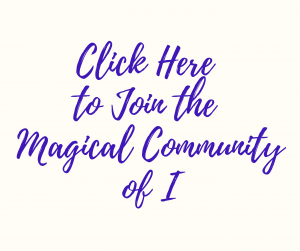