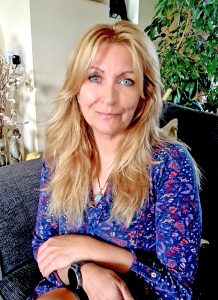 She was a month away from her sixteenth birthday, in hospital, overwhelmed with emotions she couldn’t control. At her side, in a plastic cradle, was a baby boy. Her baby boy. All she wanted to do was pick him up and go home to her mother. But she couldn’t. She was stuck in a place with women and their babies. And she was just a girl.
So she picked up her book, Lord Foul’s Bane, about a leper in a strange world, and jumped in.
Stories were her escape from a harsh reality. She wrote them and read them, always fantasy, and she identified with those worlds.
The young girl, who only ever wanted to please, and didn’t know how to say no, became a warrior. A sorceress. A healer. Powerful.
She found love, and lost it. She experienced deep emotions, and pure ecstasy. When the sledge hammer of responsibility hit her, four months after having her baby, she fell crushed into the arms of Aragorn.
A few years ago I went on a quest to find that young girl. I took Aragorn along, and my mother. I also took the healer I had become.
I gave her everything that she had missed out on. I filled her up with joy, love and hope and I removed that harsh mantle of responsibility off her shoulders once and for all. It had caused me so much pain.
From that day my life changed. A veil was lifted. I understood the mishaps, the relationship issues, my misguided ventures. Most had come from her.
I also realised just how powerful the imagination could be. How stories could change, so easily, and how new stories could rise up from the ashes of the old. Powerful stories. Exciting and inspiring stories.
I saw how I could teach other people to use their imagination, in a particular way, to find the characters in their inner world who caused pain. Who defined the life they lived. Who perpetuated beliefs and habits. And I could do it in a fun, adventurous, creative way, just as I did when writing stories.
I worked with these peoples characters, releasing them from the stories that held them, refining my methods. People reported amazing results. Results years of therapy, or healing techniques, had never managed. They went away smiling and happy. That was the best bit.
The one inside me that had always wanted to please people, but had done it in a way that ultimately hurt her, had found her power. She could please people while also pleasing herself. Working in this way made her happy. It made others happy. The world opened out and her creativity knew no bounds!
The Magical Community of I literally fell into my open arms. It came with a deep understanding of its importance. It came with a purpose. To seek out the heroes who were ready to go on a quest that would change their lives forever.

One on One sessions are conducted via Zoom, Facebook Messenger Video or Skype. After booking I will contact you to discuss the best way to connect for you, and to ask for a few details regarding the issue you have. This means we spend more time in our session working on the issue itself.

Kirsten Ivatts is a mother of four (all grown except one) and a Grandmother of two. She lives with her partner and daughter in the South of the UK. She spends her time creating marvelous things, often with words, sometimes with yarn, paint and photography.

A deep connection to nature and the earth powers all that Kirsten does, as well as her own spirituality, built over many years, and many dabbles with philosophies from all over the world.

Kirsten also enjoys the quantum sciences (although most of it whizzes over her head in lots of little particles), finding the way they corroborate her magical skills, completely fascinating.

Time as a therapist gave her insights into the way energy works within the human system and how it corresponds with the energy of the Universe. But therapy never sat well with  her. Instead she wanted a way to empower people to help themselves in amazing ways, that were also fun and gave deep insight into who they are and why they are here.

She began by using Oracle Cards for Self Enlightenment, something she had practised on herself for many years, and created Indigo Readings.

From this and her discovery of Silvia Hartmann’s Project Sanctuary, coupled with her own belief in the power of the imagination, The Magical Community of I was born.

Kirsten’s professionsal qualifications are as follows:

One on One sessions are conducted via Zoom, Facebook Messenger Video or Skype. After booking I will contact you to discuss the best way to connect for you, and to ask for a few details regarding the issue you have. This means we spend more time in our session working on the issue itself.